What Is The Best Option For Brexit

The WTO option is now the best choice for Brexit

I have been an advocate of a straightforward Canada-style free trade agreement with the EU for several years and indeed still am. Given our close trading relationship with the EU, which will naturally continue when we leave the Single Market and the Customs Union, tariff-free trade is a bonus. I have also supported a special deal for financial services, based on enhanced regulatory equivalence.

Without spending too much time on the pluses and minuses of this model, there was another clear advantage to this approach. Yes, it would benefit the UK on Brexit, but it would also clearly benefit the EU27 with their huge visible trade surplus in goods (£95bn in 2017, over £31bn with Germany alone) and their beneficial business relationships with the City of London.

So, one would have thought, such a deal could have been agreed relatively easily.

However, political events have conspired against this outcome and it is reasonable to assume that it is now extremely unlikely that, if there is an agreement by the end of the year on the future UK-EU trade relationship, it will be Canada-style deal.

Granted there are rumours and counter-rumours this may yet be considered, but politically it does not seem feasible. 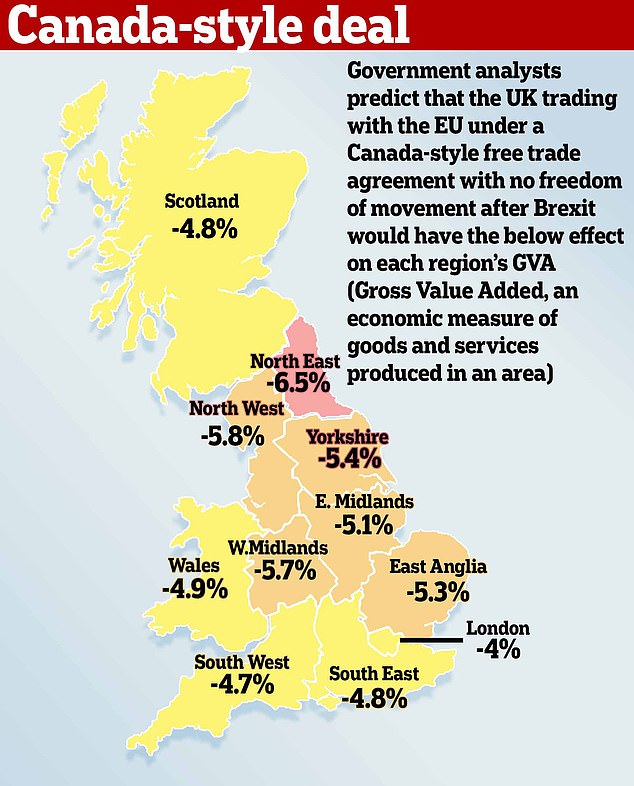 Too many concessions have been made, that cannot be unmade. And, if there is a “trade deal”, it is almost certain it will be based (however loosely) on Chequers. This is, of course, a political judgement and I may yet be proved to be wrong. We shall see.

However, assuming I am right we are now clearly faced with two main options.

The first is, of course, a Chequers-style agreement, which incidentally may or may not translate itself into a Treaty during the transition period. Nothing can be guaranteed.

Brexit explained: what happens when the UK leaves the EU?

Such an outcome strikes me as the “worst of all worlds.” I am aware that there are voices claiming that a Chequers-style agreement would not really be much of a problem because it could be rectified “later”. Well maybe yes or maybe no.

What is the best option for brexit

But, in the meantime, we would be stuck in BRINO limbo that could persist for years.

The second option is to accept a “deal” on the future trade relationship (along with the weaponised Irish border maybe) has proved impossible, shake hands and leave with “no deal”.Presumably March’s Withdrawal Agreement, which covered the transition period, citizens’ rights and the financial settlement, would then bite the dust. Meanwhile negotiations would (presumably) continue to finalise administrative matters such as aviation, visas, residency, passports and customs administration prior to Brexit, if they had not already been finalised.

Our trade with the EU with then be conducted under WTO rules after 29 March 2019, the “WTO option”, unless or until the UK and the EU negotiated a mutually beneficial trade deal when the UK would be a third country.

Much has been written on the policy restrictions inherent in the Chequers proposals of 6 July. Briefly, I see them as:

Most trade agreements today are about far more than tariffs, and deal with the removal or reduction of non-tariff barriers which arise from differing regulatory laws or systems. Sticking with the EU’s rulebook would inevitably restrict out negotiating freedom. President Trump was absolutely right when he, initially, said the Chequers proposals would “kill” a UK-US trade deal.

If one accepts that the economic “raison d’etre” for Brexit was to free up the British economy, have scope for regulatory reform and form closer trading ties with the fast-growing parts of the world economy, then the Chequers’ proposals are clearly profoundly flawed.

The WTO option, on the other hand, would provide complete freedom for regulatory reform and trade negotiations. It is clearly preferable.

It is the forward-looking, global option. Moreover, it, most emphatically, is not about “falling off cliffs” or “falling into chasms” or other such nonsense.

Incidentally, I am bemused by the cranking up of the scaremongering, Project Fear Mark 2, if there is “no deal.” Remember the warnings from the Treasury prior to the June 2016 referendum at the height of Project Fear Mark 1, “…a vote to leave would represent an immediate and profound shock to our economy.

That shock would push our economy into a recession and lead to an increase in unemployment of around 500,000”.

Really? I have little doubt the foundations of Project Fear Mark 2 are as flimsy as Mark 1.

Several excellent pieces have been written on key aspects of the WTO option, not least of all those featuring on the BrexitCentral website. I reference them with a must-read note from Economists for Free Trade (EFT) below, and will not repeat their analysis in detail.1-4 However, some points need making over and over again.

The first point concerns the UK’s membership of the WTO.

We are members and we will continue to be members.

In October 2016 Roberto Azevêdo, the Director General of the WTO, made this very clear. He said “…the UK is a member of the WTO today, it will continue to be a member tomorrow. There will be no discontinuity in membership. They have to renegotiate [their terms of membership] but that doesn’t mean they are not members.

Trade will not stop, it will continue and members will negotiate the legal basis under which that trade is going to happen. But it doesn’t mean that we’ll have a vacuum or a disruption.” 5He could not have been clearer.

Secondly, disciplined rules based on the principle of non-discrimination are at the heart of the WTO’s trading regime.

Concerning tariff barriers for goods (services do not have tariffs), WTO members must not treat any member less advantageously than any other, unless they form preferential trade agreements or customs unions. On non-tariff barriers for goods, the WTO’s rules clearly limit the circumstances in which they can be applied. Specifically on product standards, a country cannot discriminate against exporters.

Once a “domestic” standard has been imposed, it must be generalised to foreign countries’ exporters. This is especially relevant as the UK will be compliant with the EU’s standards on Brexit Day.

Turning to services, the WTO’s General Agreement on Trade in Services (GATS) also operates on the principle of non-discrimination, meaning broadly that outside preferential agreements, restrictions on market access must be applied uniformly across all countries.

Trade disputes between member states are dealt with by the WTO’s Dispute Settlement System (DSS).

Thirdly, the WTO has made huge strides in facilitating trade across customs borders in recent years.

Under the landmark Trade Facilitation Agreement (TFA), developed countries with adequate resources are expected to install state-of-the-art border systems in order that trade should not be impeded. Most countries now permit traders to submit their customs documentation electronically in advance of the goods arriving at the border.

Hear it from the experts

Virtually all submissions of the EU’s own Single Administrative Document (SAD), for declaring imports and exports, are now made online, for example. This means that most trade arriving from countries that are members of neither the Single Market nor the EU Customs Union suffer little or no hold up at the border when entering the EU.

There is no reason for this to change after Brexit. Streamlined, computerised borders are the norm.

The WTO’s rule-based trading regime is comprehensive, tried and tested, and respected by the world’s trading nations. It is not some dreadful leap into the dark. Moreover, the UK already conducts over 55% of its exports trade with non-EU members, primarily under WTO rules.

Even if allowance is made for those non-EU countries that have preferential trade deals with the EU (which may not immediately carry over on Brexit), about half of our exports go to the remaining non-EU countries. 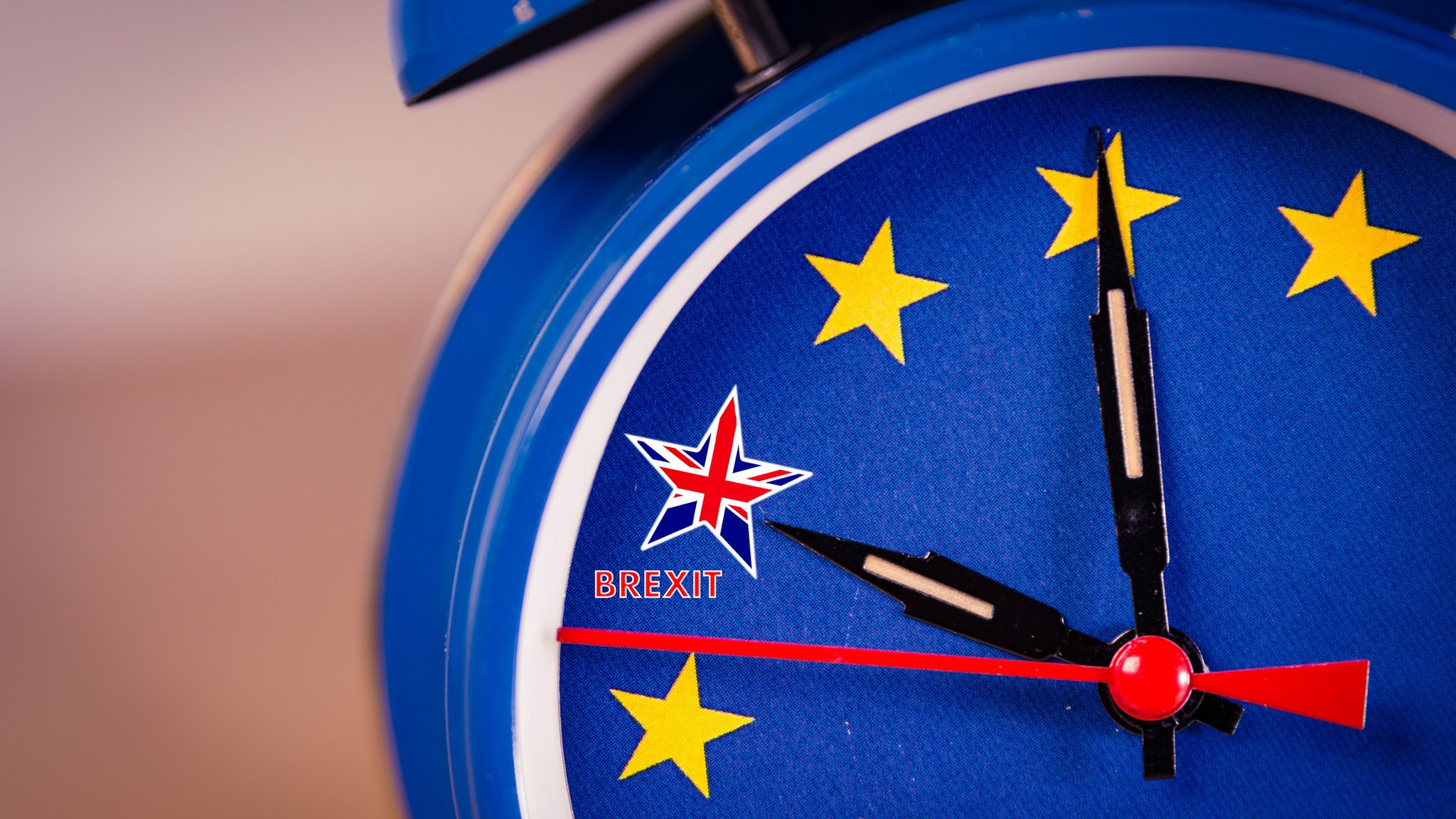 There is no doubt that UK exports to non-EU countries have grown quicker than to EU countries in recent years. The EU is a relatively sluggish and saturated market, despite the recent pick-up in growth (which could now be fading).

Brexit: 'Best option' is to leave with a deal, says May

Chart 1 shows the growth rates in British exports in goods and services between 2007 and 2017 for Britain’s key trading partners:

Total exports over this period grew by over 60%, whilst exports to the EU and the non-EU expanded by around 40% and 80% respectively.

Brexit: What are the options?

Of those non-EU countries without a preferential agreement with the EU, growth was most spectacular with China (255%), but growth was buoyant with the US, Saudi Arabia and the Residual Gulf Arabian Countries (Bahrain, Kuwait, Oman, Qatar and the UAE).

Trade, therefore, can thrive under WTO rules, given favourable commercial circumstances, and there is little doubt that this would continue to be the case if the UK opted for the WTO option.

Given the choice between a Chequers-style “deal” and the WTO option, the latter wins hands down.

WTO rules are tried and tested, not some dreadful leap into the dark

Given the choice between a Chequers-style “deal” and the WTO option, the latter wins hands down

Trade can thrive under WTO rules