Luxury British carmaker Aston Martin said on Thursday it was seeking a valuation of up to £5.07 billion ($6.7 billion) as it set a price range of £17.50 to £22.50 pounds per share for its stock market flotation.

The company, famed for making the sports car driven by fictional secret agent James Bond, said last month it was pursuing an initial public offering (IPO), the first British carmaker to do so for decades.

The automaker will publish a prospectus later on Thursday and hopes to announce its final pricing on or around Oct.

It expects its shares to be admitted to the London Stock Exchange on or around Oct. 8.

The firm is expecting 25 percent of its stock to be floated, nearly 57 million shares.

Aston, which builds all its cars in Britain and is due to open a second facility in the country next year, has warned about the impact of any customs checks as a result of Brexit which could slow down production and adds costs.

London and Brussels hope to conclude a Brexit agreement by the end of the year.

The carmaker, which has long said it could IPO, has undergone a turnaround plan since Chief Executive Andy Palmer took over as CEO in 2014 as it boosts its volumes and expands into new segments.

Palmer said investors would be able to take advantage of future growth if they take part in the flotation.

"Our Second Century Plan gives prospective investors deep insight into how we have executed our turnaround and how we are positioned for growth," he said. 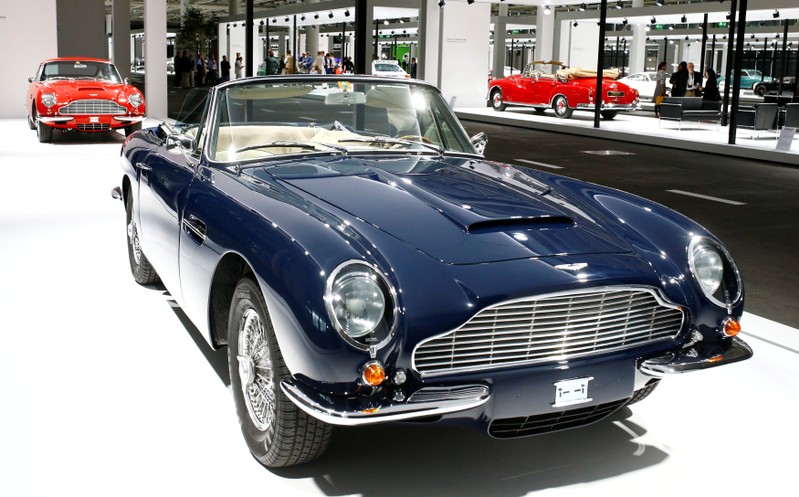