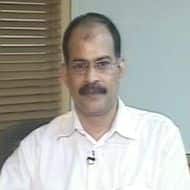 The company’s manufacturing plants are ISO 9001 and ISO 1400 certified for its quality manufacturing.It has employee strength of 3,500 people.

The company operates 40 depots to service customer requirements. Jyothy has a team of 1,500 marketing personnel and a marketing network of 2,500 distributors.

The company has a pan-India presence with a reach to over 750,000 Indian households. The company exports its products to 14 countries that include , , , , UAE, Hong Kong and .

The company has diversified its operationa in area of fabric care, household insecticide, incense candles and personal care.

Jyothy Laboratories owes its genesis to an unflinching faith in the power of innovation.

This urge to innovate has found expression in every product category, brand and operation of the organization.

JLL markets these products under the brand name Ujala.

Household Insecticide- The company manufactures and markets the products under the brand name Maxo.

JIL also manufactures utensil cleansers and markets it under Exo.

The company produces incense sticks and markets it under Maya. It also into the soap segment and has created a brand -- Jeeva.

It has formed a joint venture with CCL Products () for marketing and distribution of coffee under the “Continental Speciale” brand.

The company has entered into an agreement with Godrej Tea to distribute its Godrej Tea brand in .

1983- Jyothy Laboratories was started by M P Ramachandran as a proprietary concern in Kerala. 1984- Ujala was sold door to door by team of six sales people in the Trichur and Malappuram districts of Kerala.

1987-It also entered in the market of Tamil Nadu.

1992- The company set up factory located at Chennai to manufacture Ujala.

The same year the company was incorporated.

1994- The company set up a plant In Pondicherry.

1997- Jyothy Laboratories launches Ujala all over .

2001- The company forayed into manufacturing of incense stick business and launched Maya.

2002- JLL acquired Sri Sai Homecare, which has a mosquito coil production facility in .

2005- Jyothy launched Xo Liquid and Ujala Stiff and Shine in .

2007- The company entered into deed of assignment of trademark and copyright for the More Light and Ruby brands.

2016 -Jyothy Lab gets nod to merge subsidiary with itself.

Jyothy Laboratories came into being in 1983, promoted by M P Ramachandran.

The company was listed on the Indian Stock Exchanges in Dec 2007 through an IPO and priced at Rs 690. It started by manufacturing and selling a single product, Ujala Supreme. Today Jyothy Laboratories manufactures and distributes brands across product categories as diverse as Fabric Care, Household Insecticide, Utensil Cleaners, Fragrances, Personal Care, besides marketing tea and coffee brands.

The company has also expanded from fabric care to fabric care services segment with Fabric Spa, under its subsidiary Jyothy Fabricare Services Ltd.

The company has also inked a MoU to establish a joint venture in Bangladesh to manufacture and market Ujala and Maxo.

Jyothy Laboratories Limited has a battery of 21 modern manufacturing units at 14 locations across the country. While, these units have been established at strategic locations, to capitalize on the facilities offered by the Government, many of these units by virtue of being located in the hinterland, also offer employment opportunities and a fillip to economic development in the area.  Besides, the micro-economic benefits are excellent logistical advantages, elimination of rise of labour unrest in any location, regional political unrest, transport strike etc and ensuring minimum deployment of working capital.  All manufacturing facilities and personnel are sensitized to ensure minimal wastage, promote environmental conservation and maintain high quality standards.

Jyothy Laboratories Ltd, one of the fastest growing FMCG companies in the country began its journey in the world of fabric's health, hygiene and beauty care with the launch of Fabric Spa. Fabric Spa promises to provide 'World Class Laundry at affordable price at your doorstep'. Fabric Spa is part of Jyothy Fabricare Services Ltd (JFSL).

To cater to general public, JFSL has opened two Fabric Spa outlets on November 09, 2009 at Indiranagar and Sudashivanagar in Bangalore. JFSL will soon start its door-to-door operations.

When evaluating what arterial blood is the best specimen option

The initial investment in Fabric Spa is about Rs. 35crore.

The company plans to open ten collection and delivery centres (CDC) and two quick service stations (QSS) across the city in a year. Fabric Spa services will be later launched in cities like Chennai, Hyderabad and Pune. The company has constructed a 60,000-sq-ft Main Service Station on two acres at the Apparel Park at Bangalore, with a capacity to service 40,000 pieces a day or 10 tonnes. The laundry will offer customized wash depending on the fabric, ironing packaging, folded / hanger while value added services will include stain removal, starching (stiff versus soft), super crease, bleaching, whitening, dyeing, darning etc.'

Ujala Supreme, the product from which the company got its genesis is still the core product of the company.

The company holds about 80% of the market share in the segment through it, while the closest competitor holds a market share of less than 5%.

What is the most solid cryptocurrency

The brand is an undisputed market leader and commands a strong market share; the category may see growth annually for coming many years.

Maxo Cyclothrin Coil - the offering in the Household Insecticide segment from Jyothy Laboratories took the mosquito repellant market by storm. Maxo commands about 23% share of the mosquito repellent market on the back of an 18% compounded annual growth rate in the last four years - the category itself is growing at 27% per annum.

Maxo has now taken the dependence of the company from Ujala Supreme and now contributes 37% to its total revenues.

The company launched its Exo brand in 2000 through dishwashing bars. Later it was extended to include a dishwashing liquid - Exo Liquid and scrubber products named Exo Safai. The brand was initially launched in South India and has gained great responses as it’s market share in last five years has increased by more than 3 times.

Above all the company is a virtually zero-debt company, dividend paying, has good margins and a high ROE.

It has a strong grip into its product categories and this has been possible mainly due to a distribution network.

Across the products that JLL makes, some of the major raw materials include HDPE, acid slurry, synthetic organic dye, Koylene, LABSA, Esbiothrin and brown saw dust company in general don’t hold any control on the prices of these products and any rise in the raw material prices will force the company to pass it on the consumers and it will depend on how actively it do that.

The major weakness for the company is over dependence on  limited product, though with the launch of maxo and Exo it has diversified to a great extent as they are contributing sizably to the topline, but still the product portfolio of the company is too concentrated as compared to other FMCG cos.

The Company has also made a couple of acquisitions in 2007-08.

These are 'Ruby' liquid blue and 'More Light' brand.

More Light, as of then, was the third largest competing fabric whitener brand with an industry market share of 3.4%. The management intends to reinforce the fabric whitener portfolio with Ujala as the premium brand, More Light as the popular brand and Ruby for the economy segment.

Combined, these three hold almost about 80% of the market share.

Exo has been a huge success in South India, it saw a national rollout (in a phased manner) starting October 2009.presently the brand is worth Rs 80 crore and the management is optimistic to make it an 180 crore brand in the coming one year.

The mosquito coil market is Rs.1000 crore markets with a fast rising rural pie. the penetration levels in India are still too low even when compared to other developing nations.

Jyothi with its Maxo offering currently holds more than 23% of the market share.

The company has now extended the brand offering into liquids and aerosol sprays too.

The company has ventured into the Fabric Spa business, this is a highly untapped area. Businesses like airlines, hotels, restaurants need bulkwash of their clothing items and that too every day.

While Ujala enjoyed strong Gross margins, Maxo and Exo are relatively lower in this respect.

With the constantly changing Sales mix over the years, in favor of the latter, margins may go down when compared historically.

The company has adopted the policy to enter the spaces occupied by unorganized sectors and turn them its customers and so far has largely averted the competition from the major players, but the larger players too are inclined towards these untapped markets and are regularly coming with new offerings and their competitive pricing can put the company under pressure.

The company has recently entered into the fabric Spa business and has opened outlets at Indiranagar and Sudashivanagar in Bangalore.

Though it’s a lucrative business and highly untapped but the company has been in the manufacturing business since beginning and it is totally the service business so other players will have an equal opportunity to compete.

The scrip’s of the company are trading at Rs 168 and at a PE of 22.94x. We will recommend a BUY in the stock especially when other major FMCG companies are trading at a PE multiple of more than 35 (PE of Godrej Consumer products is 36.77 and PE of Marico stands at 37.42)