A total of 24 companies debuted on African stock markets in 2014.

Here are ten more to keep your eyes on as we enter the second half of the year.

This nascent holding company seeks to raise up to BWP120 million (roughly $12 million) as seed capital for investment in new Africa-focused ventures.

The company’s portfolio is yet to be determined but the prospectus indicates particular focus will be on companies operating in the financial services and business process outsourcing sectors.

The oft-delayed privatization of Botswana’s fixed-line telephone operator and leading internet provider will likely see the the government sell a 49% stake in the company on the Botswana Stock Exchange.

Forecast to be Botswana’s biggest ever IPO, the deal is pending the formation of a new parastatal that will take over BTC’s fiber-optic network.

Formerly known as BIAO-Cote d’Ivoire, NSIA Banque-CI is fast-growing Cote d’Ivoire’s third-largest bank and is a subsidiary of the Abidjan-based NSIA Group, one of francophone Africa’s leading insurance companies.

NSIA CEO Jean Kacou Diagou has not disclosed specifics of the planned offer but noted that proceeds will be used to finance growth. 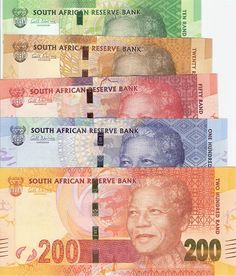 In 2013, the Ivorian government, which holds 20% of the company said that it intended to float a 10% stake on the Bourse Régionale des Valeurs Mobilières (BRVM).

Boasting a network of 78 branches, Agricultural Development Bank is one of Ghana’s largest financial institutions. Its IPO allows the Bank of Ghana to sell its stake in the company and raises an additional $53 million for expansion and IT upgrades.

Established in 1999, Hords produces cocoa powder and a range of other food products, supplements, and detergents. Founder and CEO Harold Otabil is selling a 69.6% stake in the company for roughly $1 million to pay down debt and finance the purchase of a new factory. The company forecasts annualized sales growth of 49% over the next three years.

Founded in 1969, IIL was Ghana’s first producer of intravenous fluids.

The company hopes to raise roughly $4 million on the GAX, the alternative segment of the Ghana Stock Exchange, for the purpose of expanding and modernizing its production facility.

In March, the offer was temporarily suspended when the sponsoring broker was found to be unable to fulfill its underwriting obligation.

The company is now in process of engaging a new underwriter for the deal.

Following a merger that saw Old Mutual take a 60% stake in Kenyan insurer, UAP, the CEO of the new entity, Peter Mwangi, announced that it would seek a listing on the Nairobi Securities Exchange within the next 18-30 months pending a brand consolidation and harmonization of operations.

A payment processor and debit card provider, Lagos-based Interswitch is considering a dual IPO on both the London and Nigerian Stock Exchange.

The company presently operates in five African countries but is looking for capital to expand elsewhere on the continent. Private equity group, Helios Investment Partners LLP, presently holds a 52% stake in the business.

Following in the footsteps of the Nairobi and Johannesburg stock exchanges, the DSE plans to self-list within the next six months to upgrade its trading infrastructure and raise funds for expansion.

The market recorded roughly $250 million worth of trade volume in the first half of 2015.

This small micro-lender aims to raise roughly $5 million for expansion and to meet new minimum capitalization requirements. The offer price of TZS500 per stub values the stock at 8x trailing earnings and a price/book ratio of 1.5, and the issuers expect operating profits to double within the next three years.

Want to be current on African IPOs and other analysis of the continent’s rapidly evolving stock exchanges?