Craft Brew Alliance is a beerbrewing company that originally was composed of five beer and cider brands:[1]

Craft Brew describes Kona and Omission as national brands, while the others are regional brands.[2] In addition, Craft Brew launched strategic brewing and distribution partnerships with three other regional companies, whom it acquired outright on October 10, 2018:

from Nantucket, Massachusetts; and

According to the Brewers Association, Craft Brew is the 9th largest beer brewing company in the United States, based on 2015 sales volume of 824,400 and an annual working capacity of approximately 1,075,000 barrels.[1][3]

As of January 2013, Anheuser-Busch InBev ("A-B") owned 32.2%[4][5] of the business and is also the company's distribution partner,[4] has two seats on its board of directors, and special status in the company's board committees.[5] As of August, 2010, Brothers Kurt and Rob Widmer, founders of Widmer Brothers beer, owned a combined 18%.[6]

The company was formed on July 1, 2008,[10][11] with the merger of Redhook Ale Brewery and Widmer Brothers Brewery.

In 2013, CBA launched a cider - Square Mile Cider, and in 2014 entered into a partnership with The Chive to create KCCO beer under the independent/Chive-owned Resignation Brewery moniker.[12]

The company was originally named Craft Brewers Alliance, but changed its name to Craft Brew Alliance on January 12, 2012.[13]

As of March 15, 2012, Craft Brew Alliance is publicly traded as NASDAQ: BREW.

Prior to this date it was publicly traded as HOOK.[14]

The company produces brands such as Redhook, Widmer Brothers Brewing, Omission Beer and several others.[15]

Redhook was founded in the early 1980s in Seattle.

At first, the brewery was a small shop in the Seattle neighborhood of Ballard. The beers brewed by Redhook include ESB, IPA, Pilsner, Copperhook, and seasonal brews.[15]

The Kona Brewing Company was founded in the spring of 1994 and is Hawaii's largest brewery.[15]

The company's Omission beer is designed to have low gluten content by using a proprietary enzyme to remove gluten from traditional beer ingredients - namely malted barley.[16]

Launched in 2013, there are two primary products under this brand - "The Original" which is a traditional hard apple cider; and "Spur & Vine", which is a "hopped apple cider".

On December 2, 2014, CBA entered into a strategic partnership agreement with Boone, NC-based Appalachian Mountain Brewery (AMB).[17] As part of the partnership, CBA acted as "master distributor" for AMB, allowing their products to ship via the Anheuser-Busch InBev distributor network.

CBA had taken an undisclosed, minority stake in AMB.

On September 25, 2015, CBA announced a strategic partnership agreement with Nantucket-based Cisco Brewers.[18] As with previous partner, AMB, CBA acted as "master distributor" for AMB, allowing their products to ship via the Anheuser-Busch InBev distributor network.

CBA had taken an undisclosed, minority stake in Cisco Brewers. On October 10, 2018, CBA announced that it had acquired 100% of the Cisco intellectual property assets related to its malt beverage products; Cisco's founders continue to own and operate the Cisco Brewers brewpub properties and retail merchandising, including the original brewery and grounds in Nantucket.[2]

As with previous partners AMB and Cisco Brewers, CBA acted as "master distributor" for Wynwood, allowing their products to ship via the Anheuser-Busch InBev distributor network. On October 10, 2018, CBA announced that it had acquired the remaining 75.5% of equity in Wynwood, making Wynwood a wholly owned subsidiary of CBA, although Wynwood co-founders Luis Brignoni and his father “Pops” Brignoni would continue to run the operations.[2]

Through investments in renewable energy, closed-loop systems, and energy intensity, the company is improving their operations and efficiency.

On May 20, 2015, CBA announced the appointment of Joe Vandersteldt to CFO, along with several other changes at the executive leadership level.[23][24]

Use of the term "craft brew"[edit]

While the company name contains the phrase "craft brew", it does not meet the definition of a craft brewer according to the Brewers Association,[25] due to the percentage stake owned by Anheuser-Busch InBev.[4][26][27][28] The Brewers Association defines American craft brewers as "small, independent and traditional", with 'small' defined as an "annual production of 6 million barrels of beer or less", a limit changed in 2011 from 2 million to 6 million to ensure the ongoing inclusion of Boston Beer Company[29] (the producer of the Samuel Adams brand), 'independent' defined as at least 75% owned or controlled by a craft brewer, and 'traditional' defined as at least 50% of its volume being all malt beer.[25][28]

Before the Panic Over 10 Barrel, There was ‘Budhook’

IT HAS LANDED! HAZY & EASY-DRINKING 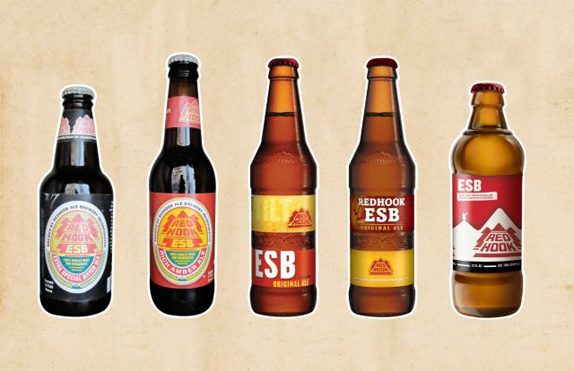 Process when you ring the bell ipo