(IEX) is the largest exchange for the trading of a range of electricity products in India, in terms of traded contract volumes in the financial year 2017 according to the Central Electricity Regulatory Commission (the “CERC”). Electricity products traded over its electronic trading platform comprise (i) electricity contracts in blocks of 15 minutes in the day-ahead-market (the “DAM”), (ii) electricity contracts for fixed terms in the future, such as intra-day contracts, day ahead contingency contracts and contracts up to 11 days ahead, known as the term-ahead-market (the “TAM”) and (iii) renewable energy certificates (“RECs”).

IEX has commenced the trading of energy saving certificates (“ESCerts”) on Exchange on September 26, 2017. It is one of two exchanges in India that offer an electronic platform for the trading of electricity products and have a substantial majority market share among the power exchanges in India. The DAM constitutes the substantial majority of the energy contracts that are traded on IEX. 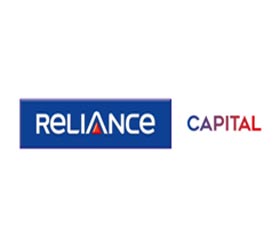 According to the CERC, in the financial years 2016 and 2017, 93.7% and 94.8% of the traded contract volumes of electricity contracts in the DAM, TAM and RECs combined, were conducted over it.

Trading in the DAM and TAM product categories through IEX provides participants with a means to meet their power requirements and manage, among other things, availability and price of electricity. It primarily brings together sellers of power, such as independent power producers, captive power plants, distribution companies and Government owned power generation companies, and buyers of power, such as distribution companies and industrial, commercial and institutional power consumers, and provides them with a transparent, neutral and automated platform for trading of electricity.

Trading on IEX is done by its members on their own behalf and on behalf of their clients, who are together known as participants on Exchange. Trades with respect to electricity contracts traded in the DAM and TAM are physically settled, meaning that settlement is made through the physical delivery of electricity itself. IEX does not own or trade electricity products for on its own account.

Its participants registered to trade electricity contracts are located across 29 states and five union territories in India and include 50 distribution companies, over 400 electricity generators, and over 3,900 open access consumers.

As on the same date, IEX included over 1,000 renewable energy generators and over 2,900 industry and corporate customers. In the financial year 2017, participants traded and cleared 4.62 million RECs on Exchange.

Only 3.6% of power generation capacity is traded on this exchange against 30 to 70% trades on global power exchanges.

For providing exit route and listing gains, IEX is coming out with a maiden IPO by way of offer for sale of 6065009 equity shares of Rs.

The issue opens for subscription on 09.10.17 and will close on 11.10.17.Minimum application is to be made for 9 shares and in multiples thereon, thereafter. Post allotment, shares will be listed on BSE and NSE.

is the registrar to the issue. Issue constitutes 20% of the post issue paid-up capital of the company. This being a secondary offer, the company’s paid-up capital remains same at Rs. 30.33 crore post IPO. Its entire equity is issued at par so far. The average cost of selling shareholders ranges from Rs. 10 to Rs.

A collection of investment is called question 22 options

It has posted an average EPS of Rs.34.84 and average RoNW of 39.25 for last three fiscals. The issue is priced at a P/BV of 16 plus. If we annualize latest earnings and attribute it on post issue equity then asking price is at a P/E of 40 plus.

It has no listed peers to compare with. Though pricing of the IPO raises concern, its track record and bright prospects leave some room for new investors.

IEX’s revenue posted CAGR of 14.5% for last five fiscals. It’s PAT margins are near 49% for all these years.

On BRLM’s front, three merchant bankers associated with the offer have handled 44 public issues in the past three years out of which 12 issues closed below the issue price as on listing date.

Investors may consider an investment for short to long term. (Subscribe).

The original review appeared on Chittorgarh.com and is penned by Dilip Davda. It is available here.