Snap Inc., the parent company of photo-sharing application Snapchat, recently filed a prospectus with the SEC and is officially gearing up for an initial public offering.

Snapchat has taken the social media landscape by storm since its debut in 2012, and with private valuations hitting nearly $25 billion, investors should be anticipating what could be the biggest tech IPO of the year.

Snapchat co-founder and CEO Evan Spiegel, alongside fellow founder and CTO Bobby Murphy, will lead his company through this important period.

Private shares ipo what to do

At just 26 and 28 years of age, Spiegel and Murphy are set to become some of the wealthiest under-30s in the world after Snap Inc. debuts; just how much their net worths will swell depends on how big the company’s IPO can get, and we got a better sense of this size from its recent prospectus filing.

The prospectus contained tons of juicy information, including key financial and membership data.

For example, we learned that Snapchat now has about 158 million average daily active users and its annual revenue swelled to $404.4 million in 2016. 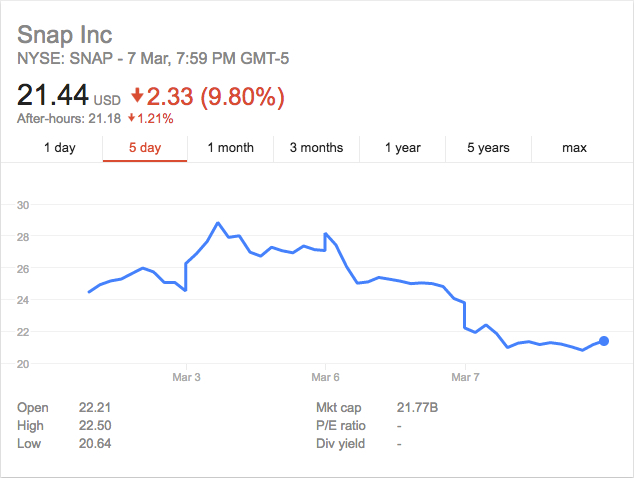 We also know that Snapchat plans to list its shares in March under the ticker “SNAP.” The company filed for $3 billion debut, but this is expected to be a placeholder until Snap Inc. prices the deal.

All of this information is important to know and understand as investors think about investing in Snapchat at its IPO.

However, the juiciest details in the prospectus were ones that not every investor expected to see or knew to look for.

Check out these three key facts that you may have missed:

While most people would consider Snapchat a social media company, its prospectus proudly proclaimed that “Snap Inc. is a camera company.” In the sense that Snapchat is inherently interested in its users’ phone cameras, this is a logical statement; however, Snapchat is certainly not—nor does it seem interested in becoming—a major manufacturer of camera-based hardware.

Sure, the company recently debuted its own line of camera-equipped sunglasses called “Spectacles,” but as its prospectus points out, 96% of revenue comes from advertising and that is unlikely to change soon.

Do you know any other “camera companies” that rely on advertising revenue? Not really, which means Snapchat’s labeling of itself as a “camera company” is more about its focus on the importance of the camera as a communicative device, not its business model.

Those who have followed Snapchat since its earliest days are probably already familiar with the impressive leadership of Spiegel and Murphy.

However, every Snapchat-related story seems to include a mention of Reggie Brown, Snapchat’s mysterious third founder who reportedly came up with the idea of disappearing photos.

While we knew that Brown was no longer at the company, the prospectus finally revealed the full details on the situation, and it is a classic case of “hush money” that resembles the Winklevoss-Zuckerberg fiasco.

According to the filing, Brown sued the company over intellectual property violations in February 2013. The parties involved eventually settled in September 2014, with Snap Inc.

Why I Invested In Snap

agreeing to pay Brown about $158 million in cash.

One of the key elements of a prospectus for a company like Snap Inc.

is the information the company shares about its perceived challenges within its own industry.

In that regard, it is clear that Snapchat is acutely aware of its competitors right now.

The company underscores the dangers of competitors that “mimic” Snapchat’s features throughout the report, and it uses a rhetoric of caution to describe the businesses that challenge it.

“Many of our current and potential competitors have significantly greater resources and broader global recognition and occupy better competitive positions in certain markets than we do,” the prospectus said, identifying Facebook (FB - Free Report) , Apple (AAPL - Free Report) , Alphabet Inc.

Startups like Snapchat benefit greatly from keeping their books closed and operating under the cover of being private, but the era is nearly over for Snap Inc., and the company will soon have many new shareholders to please.

Looking ahead, we can expect a SNAP offering in March, and pricing details should come closer to that time.

Which Stocks are Zacks Experts Talking About?

Stocks in today's headlines may be tempting buys, but how would you like a sneak peek at the stocks Zacks experts recommend?

Starting today, for the next month, you can follow all of Zacks' private buys and sells in real time. You can track value and momentum stocks, ETFs, stocks under $10, options moves, insider trades, and stocks set to report positive earnings surprises (we've called them with 80%+ accuracy). Click here for all Zacks trades >>