Uber filed its long-awaited IPO prospectus on Thursday, giving the world a look under the hood at its key business metrics as the most valuable private company prepares to enter the public market.

The two ride-hailing competitors are kicking off an IPO frenzy that will see many household names in the tech world hit the public market in the coming market.

Here are a few of the key numbers that came out of Uber’s filing.

Uber CEO Dara Khosrowshahi notes how much the company has evolved, from “tap a button and get a ride” to include ride-hailing and carpools, meal delivery, hauling freight, electric bikes and scooters and self-driving cars and planes.

However, the numbers show that ride-hailing remains the financial driver for Uber. 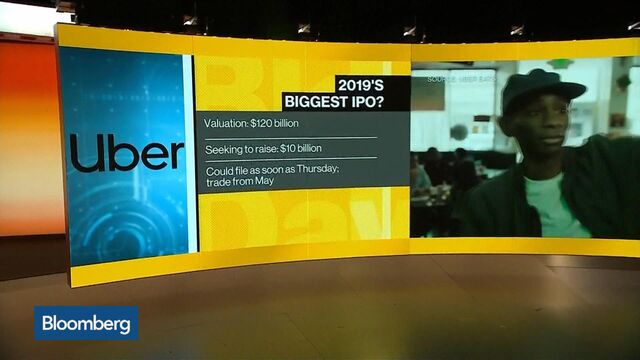 Ride-hailing revenue in 2018 was $9.2 billion, making up roughly 82 percent of the company’s total revenue for the year.

Here’s how some of Uber’s other businesses are doing:

Approximately 16 percent of Uber’s customer base ordered a meal through Uber Eats in the fourth quarter.

Beyond numbers, the filing also revealed Uber’s storage set up.

The company said it uses a “combination of third-party cloud computing services and co-located data centers in the United States and abroad.”

Google is an important part of Uber’s story is an investor and partner. Google’s parent company Alphabet owns more than 5 percent of Uber’s outstanding shares, following a $250 million investment in 2013.

During that same time period it paid Alphabet affiliates $631 million for marketing and advertising services.

The company said in the filing it is on a “new path forward” after hiring Khosrowshahi in 2017, following a series of scandals.