First, the company was started in 2004, grew, and went public in 2012. Eight years to IPO with an uphill environment of bad economy and bad regulations that were huge impediments to them. Since 90 percent of digital companies fail, just surviving was great.

Of all the companies that start up, most are acquired. Facebook actually becoming what they have become is pretty awesome when you look at the odds.

Second, a company goes public to get capital for growth. In the analysis that takes place before the IPO day, the company and the investment bankers helping it have a lot of discussions about where to price.

From the company perspective, they want the highest price possible.

The investment bankers play both sides of the fence, wanting the highest price for the company, but they want to leave room for investors to make some money as well. That is what helps create the initial market.

Facebook obviously priced the IPO to perfection. They opened at $38, traded up, and settled 26 cents above the price. They maximized returns for the company.

They also maximized returns for all the investors that put money into Facebook leading up to the IPO since any of them sold stock at $38. All their employees that decided to sell stock maximized their returns too. The IPO was very good to them, and all of them have to be extremely happy with how it went.

If you are among the general public that thinks that bankers shouldn't get rich and should be run out of business, Facebook looks like they are on your side.

Instead of getting their usual 6 percent in fees, bankers only received 1 percent in fees. Plus, on the first day, JP Morgan had to defend the IPO price costing them money. Employees became millionaires and billionaires.

They will start new companies that might enrich other people. The Facebook IPO ought to make banker antagonists smile.

Instead of picking one stock to buy, average investors are far better off buying a no-load mutual fund that replicates the S&P 500.

You can't beat the market, and you can't get rich quick from flipping IPOs either. The turtle wins the race when it comes to investing.

There was a lot of anticipation leading up to this IPO. That created overwhelming demand. 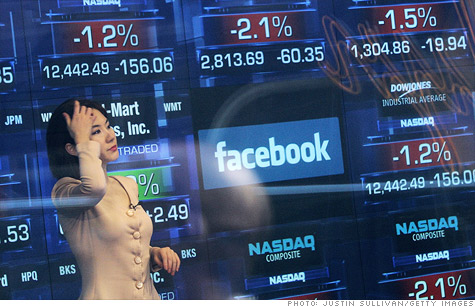 Average investors could touch and feel them. It doesn't take a rocket scientist to figure out their business model.

The worst thing that can happen on IPO day is for an insider is to sell their shares at a price of X on the IPO, and then have the stock rally 10 percent.

That means the market got 10 percent that the insider deserved since they assumed all the risk prior to that day. In addition to raising capital for the firm, the IPO allows employees of the firm to diversify their own risk since they are “risking” their human capital asset by working for the firm and accumulating stock that may or may not be worth something.

Where the company trades in the next six months really doesn't matter.

Any way to earn cryptocurrency

As more restricted stock comes to market and as market forces start to work on the capital structure of the company, the price will change. The real important metric for Facebook will be where the stock price is four years from today.

We are going to see some rapid change and how Facebook adapts to that will tell the tale of the company.

If you noticed Super Bowl ads last year, many of them touted their Facebook page rather than their web page.

GM's competitors are becoming more aggressive with Facebook. That is a battle worth buying popcorn for. If Ford is able to wrest market share from GM and can quantify that it came from their more effective use of social media, Facebook at $38 is cheap.

The act of doing an IPO will change Facebook.

It will make them even more disciplined. Accessing the public market gives them cheaper weighted costs of capital, and should assist them in growing their company faster. Their space is hyper competitive.

What makes a successful IPO

They will need to be very adept at adoption of new technology and listening to their customers to figure out where the market is going.

Congratulations to them all.

They did a great job. Ignore the press. They just like to try and fan flames and create controversy. Now take your money and invest it like Gene Fama would, or start the next great company (in Chicago at 1871!).